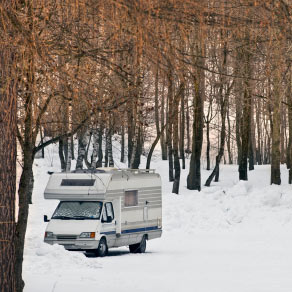 The western region of the USA is inclusive of the states of Washington, Oregon, California, Idaho, Nevada, Montana, Wyoming, Utah, Colorado, Arizona and New Mexico.

The western region of the United States can generally be described as semiarid. This of course it only a generalization and does not take into account the extreme weather conditions that some of the western states experience.

Some parts of the west get extremely high amounts of snow or rain, while other desert areas get less than 10 inches of rain per year.

The desert southwest (states like Arizona and Nevada) have very hot summers and mild winters. Inland northwest states, like Idaho, experience a continental climate of warm to hot summers and cold to bitter cold winters.

Coastal states such as California and Oregon, experience many days of sunshine throughout the year, making them ideal for beach getaways.

The Midwestern states tend to be the coldest, with bitter freezing winters. January and February experience some very cold temperatures, which are occasionally compared with warm winds that come from the eastern slopes of the Rocky Mountains.

When it is not cold, the climate can best be described as dry continental. This is ideal weather for travelling in, making this area of the US a great destination for travel.

The southern states of the USA are known as the Sunbelt, with temperatures here rarely dropping below freezing. Inland, a dry heat is common, while in the more coastal states like Florida, visitors can expect a hot and humid temperature.

In the northeast of the country, there are four very distinct seasons. Most of the New England region in the north experience higher rainfall during the summer, with more unpredictable weather a strong possibility.